I want to reserve my test
Book your trial classes by WhatsApp! You will love it!
Hip Hop 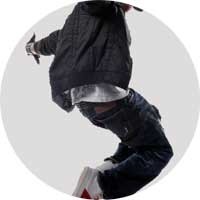 ¿What is Hip Hop?

Hip-hop dance refers to urban dance styles performed primarily with hip hop music or that have evolved as part of your culture. Feel the music in your body always. The street parties were accompanied by funk and soul, until the first DJs began to isolate the percussion and extend it, since the song became more danceable. The 4 elements that define Hiphop are Rap, Turntablisti or Djing, Breaking and Graffiti. The 4 elements have been enriched with different styles and have been adopted to the context of each era without losing the essence of their culture.

The golden age arrives in 1987 and the mid-90s with Eric B & Rakim's album “Paid In Full”; the characteristics of this work were diversity, innovation, quality and influence. On experimental music and an eclectic sampling (fragment of a song modified and incorporated into the creation of Di Jockey), with great influence from jazz, they rapped powerful themes of Afrocentrism and political militancy. Adult Hiphop classes

2 shows are held in the theater per year. 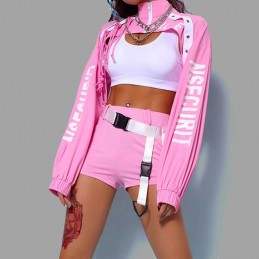 In the hip-hop dance classes you will work urban dance with all its dance styles that comprise this discipline and with hip hop music, which has evolved as part of its culture. You will feel the music in your body, Hip Hop classes are characterized by improvisation and by their competitive nature. In this hip hop course you will learn the basic technique...