I want to reserve my test
Open doors 2022 we know and free trial. You will love it!

In K-pop classes level 3 for children and adolescents, the degree of difficulties in the choreography increases and it is clear that K-pop has known how to take the influences of hip hop, dancehall, modern dance or jazz and take them to its field and is what students will learn. The class is taught with the best K-pop dance professionals at Factory Ballet, your school of Urban Dance and K-pop.

Please consult the registration and its conditions.

'K-pop' is a genre of Korean music that is influenced by pop, jazz, hip-hop, reggae, and electronics, among others. The modern Kpop that we know today had its ramifications in the 1990s with the arrival of groups like Seo Taiji and Boys.

It is a new modality of music and dance style that is not only about composing melodies, but encompasses a global concept, in which details such as choreographies or a very defined aesthetic are taken care of, which goes beyond clothing to give importance to beauty through Korean cosmetics,

His music is usually influenced by various western musical genres that have been adapted to the Asian market such as jazz, hip-hop, reggae, electronic and pop among others. Currently, talking about K-Pop goes beyond the musical genre, it is a cultural movement focused on K-pop Idols who are nothing more than "almost perfect" artists custom made by an industry based on agencies of talents that make up these Korean K-pop Idols as entertainment stars with international projection.

K-POP has been able to take the influences of hip hop, dancehall, modern dance or jazz and take them to its field. What is clear is that the choreography is a very important element and nothing is left to improvisation.

This is how this "Korean wave" or "Hayllu", which refers to the sudden popularity of the emerging culture of South Korea, spreads around the world thanks to globalization, gaining followers who surrender to Korean idols, his music and his aesthetics.

If you are a fan of K-Pop or curious to discover this new avant-garde trend, come dance with the best!

K-pop classes for kids and teens 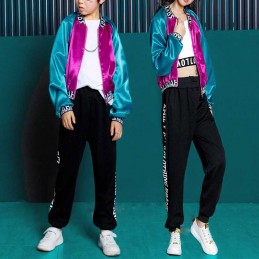 In the K-pop classes for children, the work of precision and accuracy of your movements will continue in a very fun way, since it is a very important characteristic of this style of urban dance. Classes are taught with the best K-pop professionals at Factory Ballet, your school of Urban Dance and K-pop. Instructions Choose the days in the week and the...