In 2nd we will continue with the training with more complex steps to acquire speed, musicality and interpretation, which will then be used to perform more demanding choreographies

- The extra complement to your rate: It will add a class to the rate that you are signed up, For example if it is already signed up for Jazz and you want to sign up for Ballet too use this addon

- Two annual shows are performed in the theater 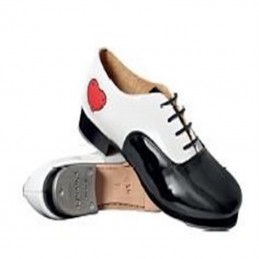 In 0º de tap you will learn the basic steps, musicality, interpretation and coordination. You will learn this wonderful dance in a fun way. Instructions View the schedule. Download the license plate. Fill in the registration and save it in PDF. Send us the registration by email. E-mail:contacto@factoryballet.com Choose the days of the week and tuition....

In 1st you will learn the base of Claque or Tap Dance, through coordination exercises that will help you coordinate the tap tapping with the rhythm of music Instructions View the schedule. Download the license plate. Fill in the registration and save it in PDF. Send us the registration by email. E-mail: contacto@factoryballet.com Choose the days of the...