I want to reserve my test
Book your trial classes by WhatsApp! You will love it!
Children's singing 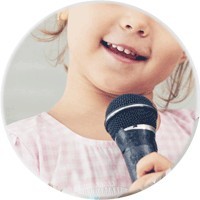 What are children's singing classes?

The voice is the sound produced by the human speech apparatus. The conscious emission of sounds produced using the vocal apparatus is known as singing. Singing plays an important role in the art of music, because it is the only musical instrument capable of integrating words into the musical line. A voice can be distinguished by range, vocal timbre, and vibrato form.

In the children's singing classes, breathing, a good setting, vocal test individually and in groups will be worked on. They will learn songs of different rhythms, different musicals and tempos. The interpretation applied to singing will improve your vocal technique.

The individual conformation of the larynx and vocal tract is the reason why the individual singer is more distinguishable by his vocal sound than one musical instrument from another of the same kind. Vocal technique does not focus primarily on instrumental virtuosity, but on the formation of the correct emission of sound. Since the vocal apparatus and the diaphragm are not accessible through nerve sensations, the singing teacher has to use indirect methods of influencing the voice, such as imagery, muscular sensations in adjacent organs, and training of the vocal tract.

What types of songs are there?

How many types of singing are there and what are they?

In our School you will find children's singing classes from 10 years of age, with the best study plan. 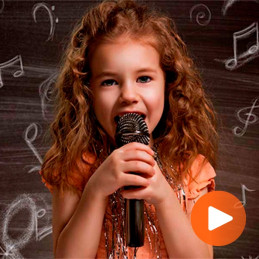 You will learn to work, such as warming up the voice, correct breathing, projecting the sound, nasal sound, releasing the voice, intonation, vocalizing correctly to achieve the perfect technique.   Instructions Choose the days of the week and tuition. Proceed with the payment.   Important Students will have to take a level test. Two annual shows are held...